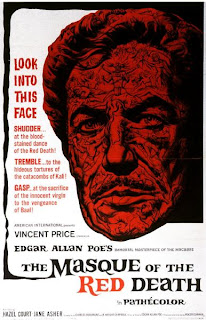 This March the BFI Southbank is celebrating the work of Nicolas Roeg.

From  The Masque of the Red Death, Roger Corman’s lurid tale about an evil prince (Vincent Price) who sells his soul to the devil, to Puffball, Roeg’s long-awaited return to the big screen, here’s a chance to savour one of Britain’s most visionary, maverick directors and his amazing collection of works in which taboos are embraced and explored.

Other highlights include screenings of Performance (with producer Sandy Liberson), The Man Who Fell to Earth (introduced by screenwriter Paul Mayersberg), and Eureka (which Roeg will introduce himself). Jenny Agutter will also be attendance at the screening of Walkabout on Saturday 6 March.

Meanwhile, Sight & Sound magazine presents The Roeg Legacy on Tuesday 22 March, in which Nick James leads a discussion about the director’s ouevre.